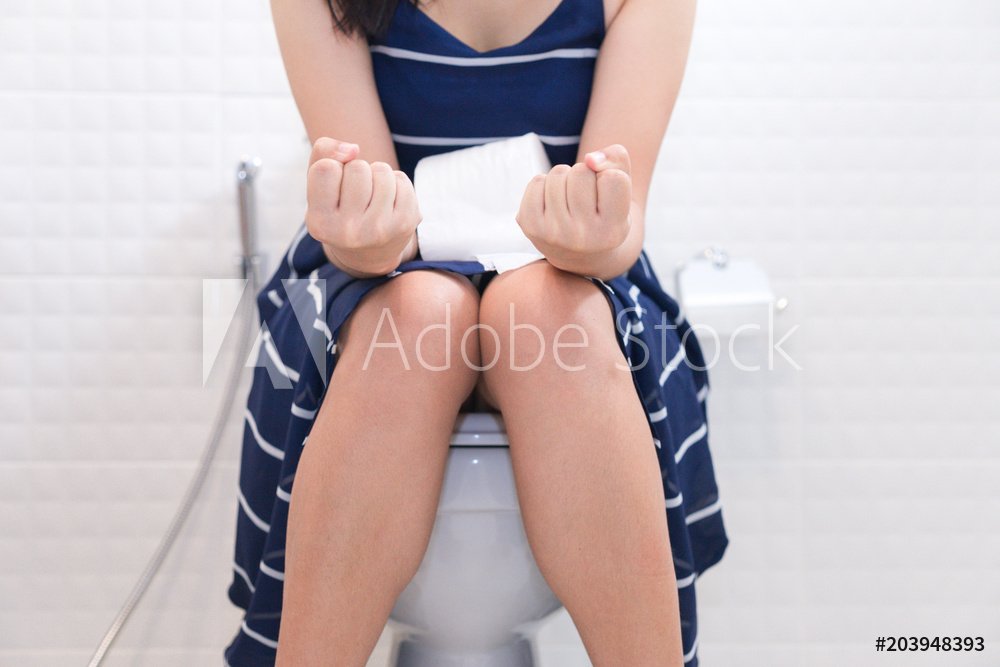 With all the below information, I personally have tried numerous methods, changing diet, increased water intake, exercise, meditation, just to name a few to correct a constipation problem that has lasted as long as a week on a regular basis.  I even resorted to taking laxatives as well as stool softeners but these are NOT long term fixes, they can actually cause more damage than the relief they bring.  The only cure for me has been MANGESIUM!  This has become a wonder supplement for me!  Not only has it CURED my constipation but has also helped with other bodily functions.  My go to dosage has been 1200 mg every night at bedtime.  My life has become “regular” once again!  I have continued to have an increased water and fiber intake as well as other incorporated methods but without the MANGESIUM, my gut and well being suffers.

Hypothyroidism can affect many parts of the body, including the digestive system. Because of this, hypothyroidism can contribute to constipation and bloating.  Diarrhea  can also be affected by hypothyroidism, but it happens as a result of small intestine bacteria overgrowth.

Constipation is a problem that can be particularly troublesome when you have an underactive thyroid, a condition called Hypothyroidism, it slows down many of your body's systems, including digestion and elimination. And unfortunately, some people can end up being chronically constipated as a result of their disease.

Constipation isn't in itself a disease, but it can be a sign that something else is going on in your body. It's traditionally defined as having fewer than three bowel movements in a week. Other than the frequency of defecation, other criteria used to define constipation include symptoms like:

Needing to strain during bowel movements﻿

Some people with constipation also report having to use manual maneuvers to help a bowel movement progress, such as digital evacuation.

Keep in mind that you should see your doctor right away if your constipation has come on very rapidly for no reason. Also, see your physician if the constipation is accompanied by symptoms such as bleeding from the rectum, abdominal pain, cramps, nausea, vomiting, or noticeable weight loss.

As food moves through your colon, also known as the large intestine, the water it contains is absorbed and waste product (stool) is formed. Muscles in the colon contract to move the stool through the intestine toward the rectum. Water continues to be absorbed so that the stool becomes more solid before elimination.

Constipation occurs either because too much water is absorbed from your food or your colon isn't contracting frequently or strongly enough.﻿ In either case, the stool moves too slowly as a result. Sluggish, slower, or weaker colon contractions, known as reduced gut motility, is characteristic of hypothyroidism.

In addition to the general intestinal slowdown and fluid accumulation that are characteristic of hypothyroidism, there are other causes of constipation, including:

Eating too much meat, cheese, and low-fiber foods, and not enough fiber (like whole grains)﻿

Physical inactivity, especially in the elderly﻿

Medications, including pain medications (especially narcotics such as codeine and oxycodone prescribed after surgery), antacids that contain aluminum and or calcium, blood pressure medications, antidepressants, anticonvulsants, diuretics, drugs for Parkinson's disease, and antispasmodics

Ignoring the urge to have a bowel movement﻿

Specific diseases or conditions, such as irritable bowel syndrome, neurological disorders (stroke, Parkinson's, multiple sclerosis), metabolic problems such as diabetes, and autoimmune diseases such as amyloidosis, lupus, and scleroderma

Problems with the colon and rectum, including intestinal obstructions, tumors, scar tissue, and adhesions﻿

Other issues, including pregnancy and the effects of traveling

Occasionally, chronic constipation can lead to additional complications. The most common are hemorrhoids,﻿ rectal prolapse,﻿ or fecal impaction. Ideally, your doctor's treatment should help avoid these sorts of serious complications.

If diet, exercise, lifestyle changes, and over-the-counter or prescription medications, as well as proper thyroid treatment for thyroid patients, aren't resolving chronic constipation, then your doctor will likely recommend that you consult with a gastroenterologist for more extensive testing.

Dietary changes, including getting around 25 to 31 grams of fiber a day, is a good start for managing your constipation.﻿ High-fiber foods include many fruits and vegetables, whole-grain bread and cereals, and beans. Some of the highest fiber foods include fruits like berries, greens, and whole grains.

Some high-fiber foods are considered goitrogenic, which means that they may aggravate hypothyroidism. Usually, though, this risk is highest when these foods are eaten raw and in excessive quantities. Common goitrogenic foods include:

If you're unsure how to incorporate fiber into your diet, consider seeing a nutritionist or bringing a food diary to your doctor's appointment.﻿ You may also consider a fiber supplement if you find it challenging to get the right amount of daily fiber through your diet.

Other changes you can make that may help relieve constipation include:

Fluid intake: Make sure that you're drinking enough liquid. This means at least 64 ounces a day (not including caffeinated beverages).﻿

Exercise: Daily exercise helps get your intestines moving. Even a short walk is helpful, so try to incorporate some activity into your daily routine.

Listen to signals: Don't ignore, put off, or delay the urge for a bowel movement.﻿ Go as soon as you feel the need. Pay close attention to any signals you experience, especially 15 to 45 minutes after you eat. This is when your colon is the most active, so it's the easiest time to have a bowel movement. The more you ignore your body's signals that it's time to go, the weaker they become.

Time: Make sure that you have enough time, and privacy, for a comfortable bowel movement.

Medication changes: Since certain medications can contribute to constipation, talk to your doctor if you think that any of yours might be making the situation worse. Your dose can perhaps be changed, or your doctor may recommend that you take something else. Don't ever change the dose yourself or just quit taking a medication without getting your doctor's approval first.

You may find that adding complementary approaches to your treatment is helpful too, such as:

Probiotic therapy: Available as over-the-counter supplements, probiotics may help relieve constipation by softening your stool and increasing your weekly number of bowel movements. However, keep in mind that one potential side effect of probiotics is actually constipation.

Acupuncture: Initial studies have found that acupuncture seems to be effective in treating constipation.﻿ Given the relatively few risks involved, it may be worth a try.

Herbal remedies: As with acupuncture, initial studies indicate that herbal remedies such as Cascara Sagrada, Aloe and Senna may effectively treat constipation.﻿ If you do decide to try them, proceed cautiously. Different kinds may contain different amounts of laxative, and their purity may differ as well. There's also a risk of herbal medicines interacting with other medications you're taking, so be sure to tell your doctor if you try such a remedy.

Biofeedback: This is a behavioral approach that can be helpful if one of the causes of your constipation is that you tense up instead of relaxing your muscles when you're having a bowel movement. The jury is still out on this as an effective treatment for constipation as there haven't been any high quality studies performed.